Cross-Platform vs. Native App Development: which one to choose

Disputes over which is better and more profitable – native or cross-platform development – have been going on for more than a year. This question is especially relevant when you need to build a mobile application. On the one hand, the idea to develop one application for all platforms can be very tempting, but on the other hand, this approach may not have the best effects on user convenience, appearance, functionality and speed. We have prepared a brief overview that will help you understand the fundamental difference between these two approaches, and then decide which one to choose for your application. 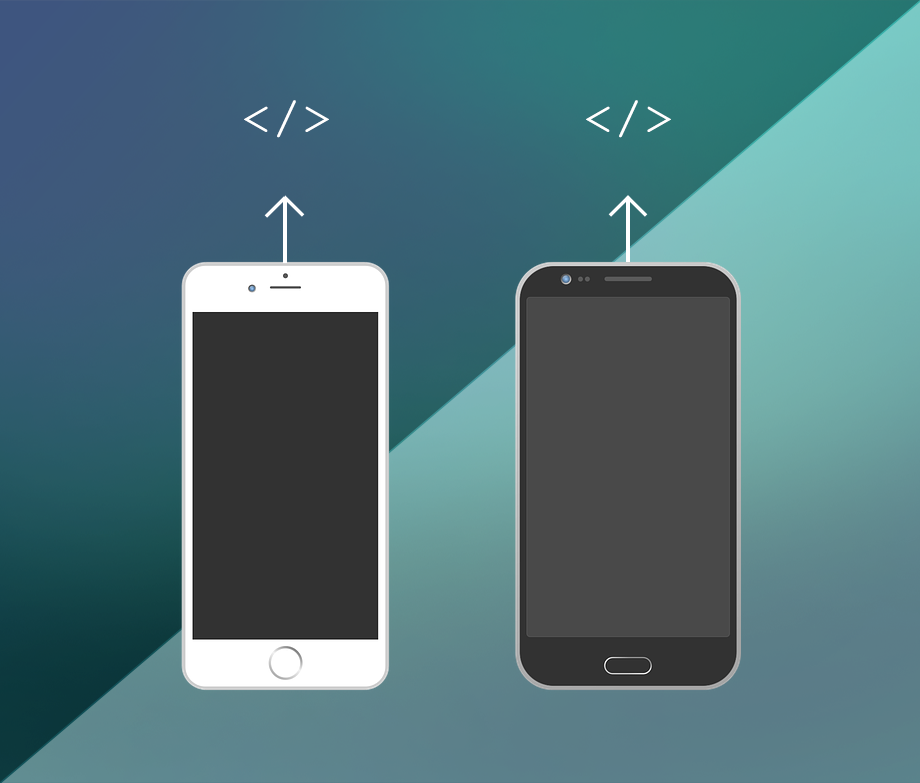 First, let's talk about native development. To put it simply, for every platform, there is a native language: for Android it's Java, for iOS - Swift or Objective-C, for Windows Phone - C # and so on. For each native language, there is a set of technologies and frameworks.

Initially, this method was used to develop applications that are "embedded" in the device - browser, alarm clock, gallery, music player etc. 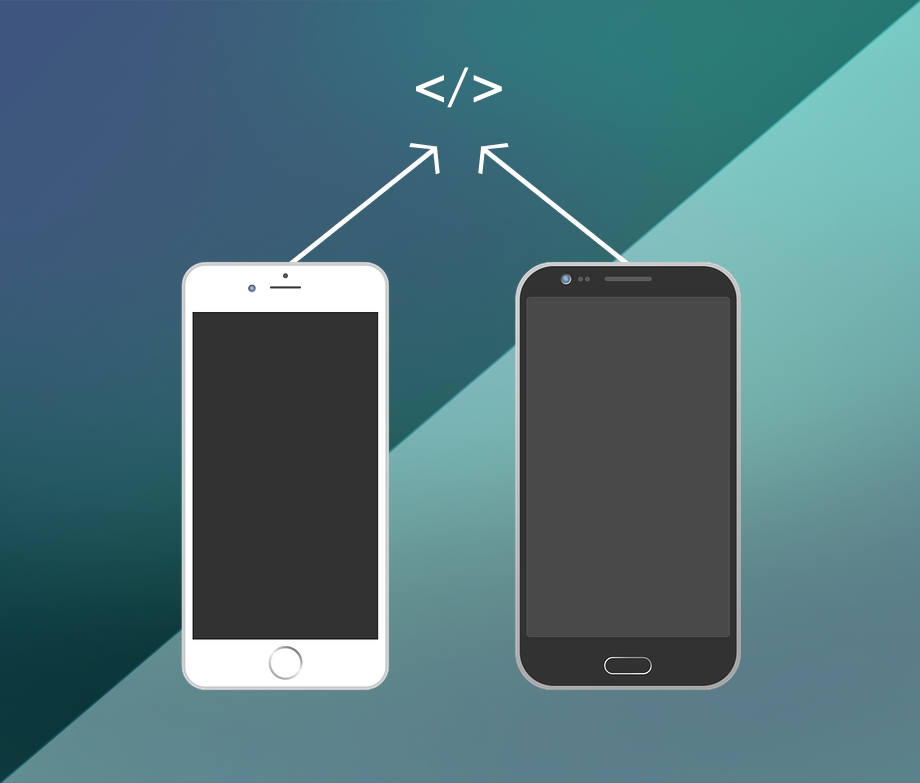 In the native approach, if the same application is developed separately and for iOS and for Android, then in the cross-platform approach, everything is developed at once. The application will be able to work on all platforms. The programming languages are standard, as though you were developing a website - HTML and CSS.

There are three main ways to develop a cross-platform application: do it "manually" by writing C ++ code and wrappers for different platforms, using one of the specially developed technologies (Unity 3D, Xamarin, Ionic, React Native, PhoneGap is also known as Apache Cordova, Appcelerator Titanium and others) or use HTML5 + JavaScript.

This picture will help you visualize all of the above 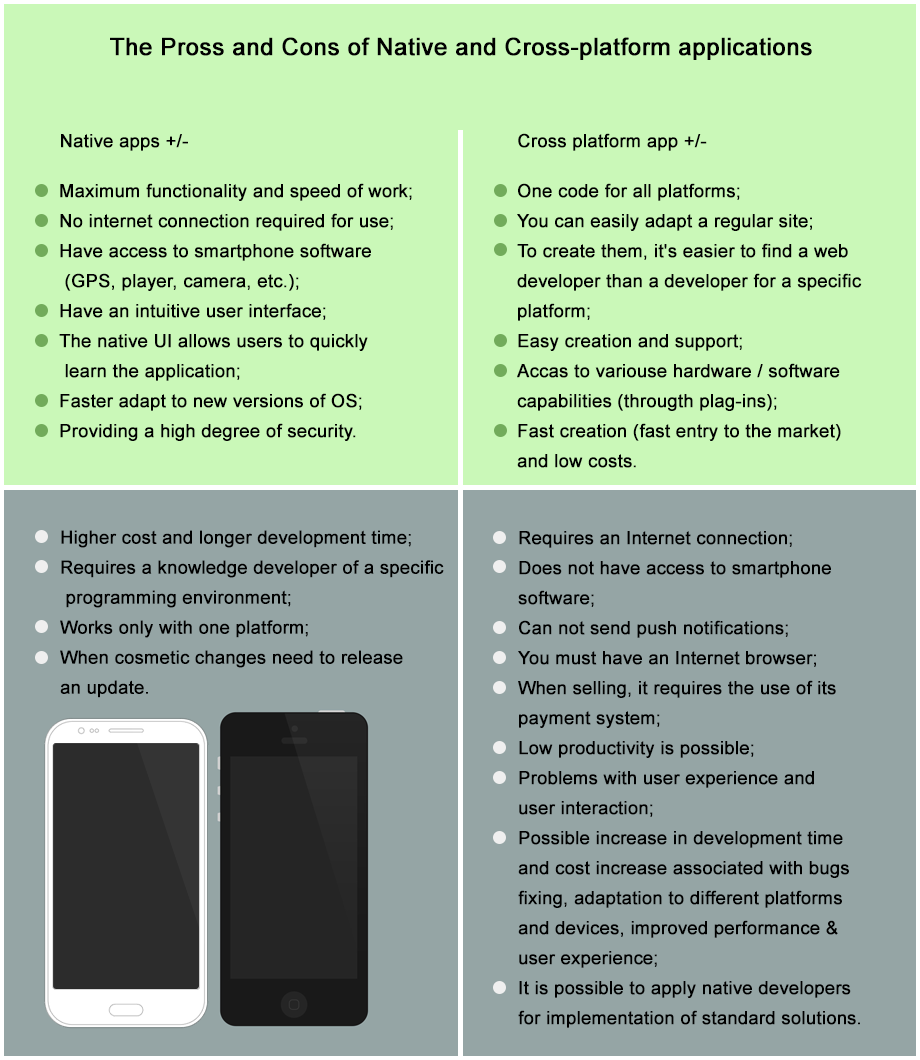 In order to demonstrate these types of development in practice, we will discuss two examples:

Most applications, of course, lie somewhere between these extremes, so a thorough analysis will be required to choose one of the approaches. Try to evaluate, for example, such aspects as:

Of course, only A / B testing can give accurate results, but even after thinking about it, you will do a lot to select the approach to development.

We advise you to approach this issue, first of all, by taking into account the technical characteristics, and not the consumable component. In some cases, choosing cross-platform development will result in you significantly overpaying in the long term. The graph clearly shows how the project costs can increase depending on its size and the necessary time for its development: 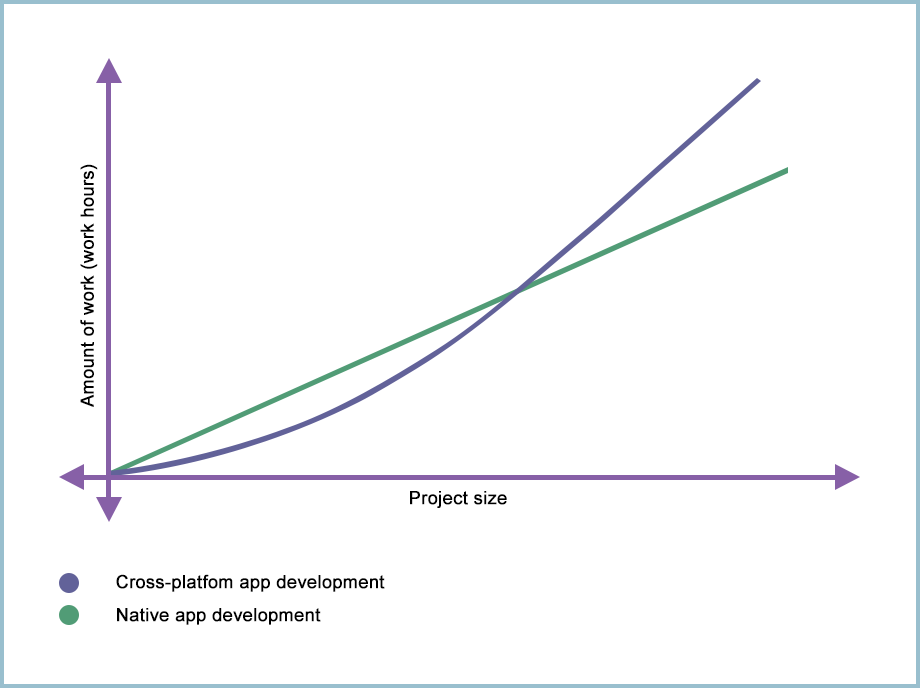 Analyzing the above information, you can reach the following conclusions:

Thus, from a technical point of view, from the perspective of the quality of the interface created, native development has far more advantages. However, there are areas in which cross-platform technologies are justified:

The overwhelming majority of modern games are written on cross-platform technologies, which greatly accelerates development without sacrificing quality. In this case, special graphical frameworks are used (the most popular is Unity 3D). If a project needs to be done quickly for any tests, the situation requires that the work of the project be done on several platforms at the same time; in this case, the cross-platform implementation can be the optimal solution.

If the project is not gaming-related, or is aimed at long-term development and requires a positive impression from users, native development remains the best and only option.

Tatiana Za.
3670
Which type of app development is the best: Native or Cross-Platform?